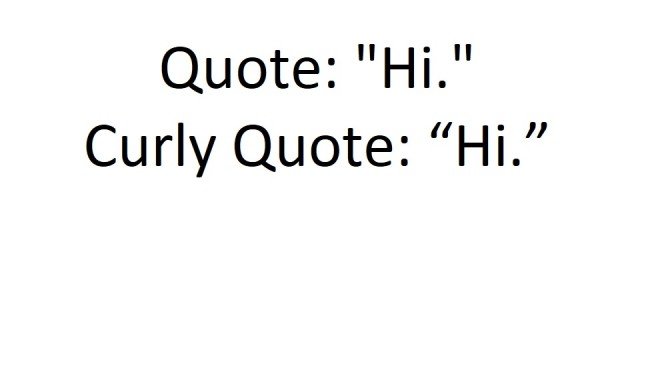 Someone was talking about curly quotes and how we shouldn’t type them because the code interpreter for some the software we are dealing with wouldn’t like them (like most other languages). So I started thinking – “how the heck would I even type a curly quote”? It’s pretty easy.

Curly quotes will bite you when pasting in from Word or Outlook, so if you’re getting an error about a missing quote, but they seem to all be in order, look a little closer – there is a big difference beteween these two little marks:

It’s also a good sign you should take a closer look at the code, as it was probably pasted from a Word doc. This code was most likely never tested, which should raise red flags if you are receiving this code to run on a system you care for.