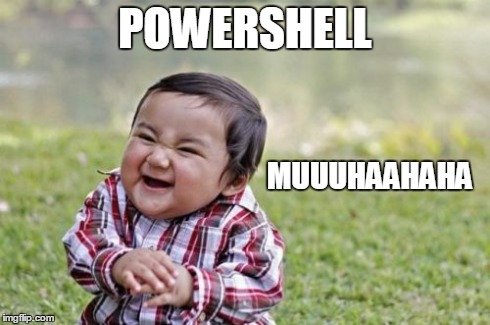 Have you ever needed to run a bunch of scripts, over and over and over? And the SSMS tabs – it can be a mess. This is mind-numbing work – call in the computers. Check out this script I forked from GitHub and modified: https://github.com/propellor/Powershell-pasen/blob/master/Run-Sql.ps1

You point the script it at a folder of scripts and it will fire them off using invoke-sqlcmd. You can use it in a sort-of debugging mode, to get those scripts all working when you get a mess from a co-worker or vendor and have it pick up rerunning from the failed script. Alternatively, if someone else is responsible for the fixin’ and you are just the runner, you can have all the failed scripts rename themselves to .failure.

UPDATE: Since doing this, I’ve started using RoundhousE, which does the same thing, but waaaay better. Using TFS and octopus deploy, we package up roundhouse with some sql scripts and let developers deploy database scripts to staging and then production.